by the Australia Government Site https://www.health.gov.au/news/launch-of-the-coronavirus-covid-19-campaign

A national campaign has launched to inform all Australians about the corona virus (COVID-19).

A national campaign has launched to inform all Australians about the corona virus (COVID-19).

The campaign aims to reduce the risk to individuals and families by enabling them to make informed decisions and to take up health recommendations.

The following communication material provides more information and tips to help you be prepared:

Early reports suggest person-to-person transmission most commonly happens during close exposure to a person infected with COVID-19, primarily via respiratory droplets produced when the infected person coughs, sneezes, or talks. Droplets can land in the mouths, noses, or eyes of people who are nearby or possibly be inhaled into the lungs of those within close proximity.

Recent studies indicate that people who are infected but do not have symptoms likely also play a role in the spread of COVID-19. The contribution of small respirable particles, sometimes called aerosols or droplet nuclei, to close proximity transmission is currently uncertain. However, airborne transmission from person-to-person over long distances is unlikely.

In the Health Care sector the following recommendations are made.

Updated PPE recommendations for the care of patients with known or suspected COVID-19:

There are many reasons families may mishandle foods.

Some of the more common barriers to safe food handling are described below.

“When I make dinner, I have my routine. I really don’t have to think about it too much.”

Food preparation, for many, is a repeated or habitual behavior. The more often a task like preparing food is repeated, the more “automatic” it becomes—that is, less cognitive effort is needed.

Intervening to break this chain of events by introducing a new procedure (e.g., using soap to wash hands instead of just rinsing them, using a thermometer to judge doneness instead of just assessing color) is challenging.

“It’s not my responsibility.”

Some families feel food safety is the responsibility of others higher in the food safety chain who control food safety risks prior to food being offered for sale As a result, they deem food safety as not important in the home environment and may not accept their role in preventing foodborne illness in the home. Int. J. Environ. Res. Public Health

“I enjoy eggs with a runny center.” “I prefer the taste of rare meat.”

These families are concerned the new behavior will  change the taste of foods and diminish their pleasure. This is important to consider given that taste is the number one driver of food choices.

“That takes too much time!” “It’s inconvenient.”

Some feel the time, effort, and resources needed to make the change are not reasonable or convenient. Foodborne illness often is mild and of short duration, thus many families may not be aware of its sometimes devastating and deadly outcomes when they (mis)calculate the value of safe food handling procedures.

“What would my family think if I checked their burgers with a thermometer?”

Individuals with the primary responsibility for preparing foods in their household indicate that they take great pride in their cooking. In addition, they highly rate the quality of the work done by those who prepare foods in their homes to ensure the safety of their food. Some household food preparers feel that new behaviors, like using thermometers to check cooking temperatures, would diminish the opinions others have of their skills as a cook.

“I’ve always done it this way and haven’t gotten sick.”

These families o not perceive that the current way of behaving is problematic (or making them susceptible) to foodborne illness. They may fail to understand how emerging pathogens and changes in the food supply make what was once a safe behavior (e.g., eating raw eggs or rare burgers) a risky behavior. Compounding this problem is that few believe that home prepared foods are a likely cause of foodborne illness.

“We take the necessary precautions in my home.”

Two-thirds believe they exert high levels of control over safe food handling when they prepare food. When asked what grade a food safety expert would give them for food preparation, service, and storage in their home, all but 2% gave themselves passing grades. When the family used a retail food establishment food safety evaluation checklist adapted for homes, scores were considerably lower. Scores were even lower when trained auditors evaluated home kitchens—the average grade was failing.

Making these results more disheartening is that participants in these home visit studies were aware that researchers would be coming to their home to observe and evaluate their kitchen practices.

Although thousands of studies demonstrate the usefulness of these theories in designing effective interventions for a wide array of health behaviors, including food safety, few food safety interventions have been theory based. Food safety education programs built on the constructs below have the potential to help families gain the  knowledge, skills, motivation, and confidence needed to handle foods more safely.

For behaviors associated with Clean, Separate, Chill, and Cook, many families are aware of the food safety basics. Families also understand that “germs” can hurt them. However, many still have food safety knowledge gaps and their knowledge of safe food handling practices does not always correspond with reported use. This suggests a need to build consumer knowledge, activate existing knowledge, and motivate information application.

Their own responsibility than that of others in the food safety chain or believe their risk of foodborne illness is controlled by fate or luck. Some feel they have little responsibility because they believe most foodborne illnesses are caused earlier in the food safety chain or by retail food establishments. Helping families understand the magnitude of control they have in their own homes as food safety risk managers and finding motivators—such as helping them understand that by using a thermometer, loved ones are less likely become sick from undercooked meat or showing them how easy thermometers are to use—can help promote behavior change.

Heighten Recognition of Susceptibility and Severity of Outcomes

Engaging in health protective behaviors is associated with greater perceived susceptibility or beliefs in the likelihood of a negative health outcome and its severity. For example, those who Int. J. Environ. Res. Public Health 2013, 10 4071 believe food poisoning is a personal threat eat fewer risky foods. 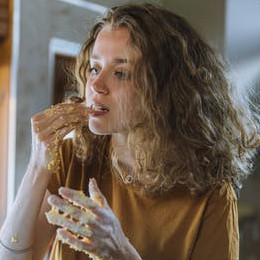 Personalizing risks can help get better understand their own foodborne illness susceptibility. Thus, interventions should help families learn who is at increased risk for foodborne illness as better knowledge of these groups predicts better compliance with safe food handling recommendations.

However, it is difficult to motivate families to change when they feel confident that they are already controlling foodborne illness risks in their kitchens. Tools that help families pinpoint problems in their own kitchen, such as home kitchen food safety self-assessments, could personalize the message and increase their awareness of problem spots. These tools also can clarify how current behaviors could be endangering their health and how simple changes can lower the danger level. Another tool is “recipe Hazard Analysis and Critical Control Point (HACCP)”—that is, teaching families to identify steps in a recipe that may increase food safety hazards and think ahead about how to resolve them.

If families are worried about possible embarrassment of performing new behaviors, like using a cooking thermometer, improving attitudes toward the behavior and changing beliefs about how others in their social network perceive the behavior can build the confidence needed to motivate families to make changes. Social networks may influence a broad array of health-risk behaviors, especially among adolescents. Although few studies examining the role of social influences

on food safety behaviors could be located, studies of other health behaviors strongly suggest that utilizing social networks in food safety interventions could increase their effectiveness. In addition, working to shift social norms, such as by modeling thermometer use or other food safety behaviors on television programs can help build confidence (an example of a video clip that shifted social norms that may be familiar to readers is the “double” dipping” clip from a Seinfeld episode.

Researchers have reported that families take food safety precautions only when they perceive a risk, such as when they handle raw poultry, fear they may give others food poisoning, or when others are watching. At other times, families may be acting out of habit and make food handling mistakes because they lack “cues to action”. Fein and colleagues use the analogy of driving a car—drivers are constantly taking protective actions in response to cues, such as the yellow stripe in the middle of the road or a stop sign. But, when making dinner, hazards are not visible (e.g., pathogens on the unwashed produce that are contaminating the counter and our hands) and there are few, if any, cues to remind us to practice safe food handling (e.g., use soap to wash hands or keep washed and unwashed produce separated).

Risk messages or handling instructions on food packages help cue some to change their behavior. In one study, the control group received a chicken salad recipe and the experimental group received the same recipe with a printed message encouraging them to take great care to avoid cross contaminating the salad by preventing raw meat juices from coming in contact with other ingredients and utensils. Salads made by the group receiving the cue had significantly less bacteria than those made by the control group, putting the experimental group at a four-fold lower relative risk of falling ill than the control group. Another study that involved preparing a chicken salad recipe found that only 57% of important hygiene measures (i.e., washing hands with soap and water, checking doneness with a thermometer) were used by participants. 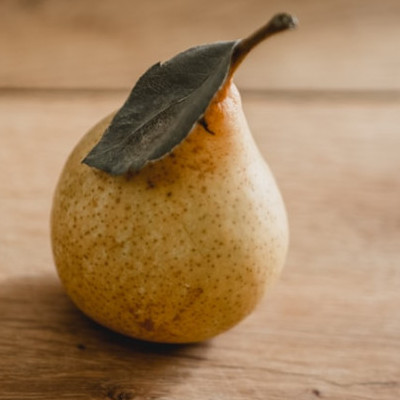 Adding food safety cues to food packages may be particularly effective given that nearly half of families indicate they commonly read cooking instructions on food packages. Placing soap dispensers in direct line of sight also helps improve hand washing. Adding endpoint cooking temperatures in educational materials and cookbooks are other cues to action. Printing washing instructions on reusable grocery bags could cue families to wash them.

These are some thing that can help improve food safety on the home.